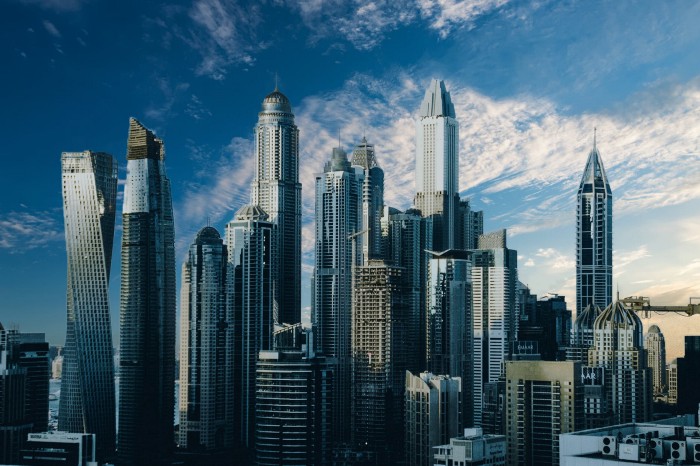 There are not so many people around thinking about the area they dwell in. I mean really thinking about efficiency, economy, aesthetics, standards. We rarely even raise our heads up and turn our eyes away from smartphones to contemplate the scenery or enjoy the view in the city. And more often than not it’s justified.

City Of The Past

In the past cities were organised next to water supplies with the distance not exceeding one mile from a river or a lake, which made water delivery possible. And now flying over Europe at night the viewer is mesmerized with chaotically organized spans of lights next to lines or patches of water. With the invention of an automobile cities stretched to indecent distances, especially in countries boasting large territories. People’s homes were the centers of their lives. Well, not surprisingly people organize their homes with all the care for effectiveness, economy, and comfort because the urban environment doesn’t always meet the definition of a friendly, efficient, or safe space.

It all starts when you go out of a building: the transport system whether you drive a car or use public transport, the shapes and configuration of buildings, the lack of sunlight, the quality of air, the location of a building you work at, the scarcity of recreational zones, the service sector filled with people not paying respect to their duties — it all makes a city quite a hostile place to live in. However, the prospects are only towards growing. The absolute majority of people prefer to live in cities and the trend is by 2050, UN department of economics and social affairs predicts, 68% of the world population is expected to live in urban areas. While Zipf’s law makes this growth quite a predictable issue what does it mean to city dwellers? Well, if no action is taken the urban infrastructure is going to deteriorate and very rapidly.

Chinese unique experience represents quite an interesting example. For the past few decades China has witnessed exploding urbanisation processes which flooded already huge cities with even more people. As a response Chinese government invested billions of dollars into building new cities in complete wilderness.

And these new cities can really be called smart ones. Mostly, because they are built from scratch, obviously. Today we are still in the process of defining what smart city is; basically it’s a city which leverages electronics and analytics for more efficient infrastructure. Still, the established list of modern smart cities includes: Austin and San Diego in the US, Barcelona in Spain, Bristol in the UK, Dubai and Singapore, which was named smart city of the year at Smart City Expo World Congress in 2018. Cascais, in Portugal, was singled out for its success in cutting traffic congestion and the Finnish capital of Helsinki for its citizen-focused approach. If you live in one of them, I envy you. However, they can’t be considered “fully smart” since they weren’t planned “smart”. They gradually come closer to the holistic concept of a smart city continuously improving some problematic zones.

But what are the basic needs of a suffering city? One of the biggest complaints are: traffic congestion and air pollution, which are followed by city-wide connectivity and public broadband, then digitalization of public services, energy and street-lighting infrastructure, safety and the availability of recreational and entertainment zones as well as business centers. Some European capitals’ centers including: Oslo, Madrid, Paris, Prague, Copenhagen, Brussels already look like you got to a parallel world where people don’t have a luxury of a car. In the beginning of this year when I came to Seoul to speak at Daegu Smart City Symposium I again jumped into the whole new universe with entire underground streets for pedestrians. All of these are examples of how already existing urban infrastructure adapts to the ever changing environment of a big city.

But getting back to Chinese experience: it’s highly likely that the newly built cities will boast the title of “fully”smart ones. Like Xiongan New Area in China, a striking project meant to serve a model for the optimised development of densely populated areas such as Beijing.

To deal with all the mentioned challenges of a modern city one needs to plan everything carefully. And what do you begin with? Correct, with the project. I bet you remember the days when all the construction was planned on paper; yeah, those huge technical drawings with a lot of numbers in front of the lines which looked like one of Leonardo’s masterpieces. The drawing itself was a long and exhausting process. I am lucky to be born in a family of engineers and I still remember that huge thing called a drawing board which literally occupied half of our living room and most of my parents waking hours.

Later, architects started to use actual 3D models of buildings which proved a bit better, but still didn’t give the holistic picture of the city environment and often contained calculation mistakes found only during the construction stage. Today we have digital twin technology which became an essential part of planning the city area.

City architecture is a highly competitive business so quality 3D visualization of an object is critical. Also, when it comes to decision making it can become very handy to have an accurate digital twin of an entire city. Several years from now Moscow government used a blend of publicly available cloud data, together with privately collected and refined data from drones and data collection vehicles driving through Moscow streets for a digital twin creation. When it comes to incorporating new objects into existing urban environment having an accurate digital twin of the entire city saves a lot of time and money; so you don’t have to build the virtual environment each time you want to add something new, you just put an object into the existing environment. 3D visualization of the whole Moscow powered by UNIGINE 2 became a very accurate representation of the city geometry and of different layers like traffic, energy, and economy factors. All of these combined layers give mayor and the city officials the necessary context when discussing some changes and improvements in the city.

It may sound strange but 3D visualization solves the communication problem too. Imagine a lot of different specialists from all possible spheres trying to deal with some emergency situation or just come to a common solution. Well, that is truly problematic; these people speak different languages and have different mindsets. However, having an accurate 3D model of a discussed object puts them all into one shared visual environment which makes it all much easier to understand each other.

Obviously, the most natural way of perceiving information for any human being is through visualization. While our world is 3-dimensional it makes 3D visualization the only fully realistic and valid instrument for planning a city. Furthermore, VR/3D visualization together with BIM and IoT technologies are the most effectively used tools when a usual city undergoes the transformation into the city with decent traffic system, energy-saving technology, tracking every aspect of buildings construction and recreational zones planning. Now with a digital twin of the whole city it’s possible to measure a lot of things that didn’t seem to cross the minds of city builders, like: shadowing, line of sight, insolation, micro-climate, noise cancelling, changes in traffic flow with the appearance of a new object, public transport access.

City model analyses enables visual pattern recognition which can show quite unexpected results such as the connection between a neighboring shop and smoking school kids. It also enables “What if” mechanism allowing to model different situations a hundred times. Even more, the only instrument for teaching autonomous vehicles to drive in the dense urban area is a correct and accurate copy of that city. Here, we are not talking about geometry display only, what’s more important are the multiple semantic attributes attached to every entity which is a crucial component for VTOLs computer vision learning.

3D Game Engine Is Not A Solution

While it all sounds pretty positive, the producers of digital twins face a lot of challenges when it comes to 3D visualization. First of all, small distance to cover, namely, 32-bit precision which is a standard for the 3D game engines and proves inconsistent for a digital twin creation. Another very important issue which again is relevant for 3D game engines is the shape of the Earth. While the flat Earth approximation might be good for simplified calculations of app logic and physics simulation, this works only for limited space. It might not be so vivid from from a terrestrial standpoint, nevertheless accurate geo-positioning of an object in the frame of flat Earth is simply impossible; you get great level of positioning errors. Moreover, when we talk about recreating a real city in virtual environment we need to bear in mind the great number of data sources such as: digital elevation models, satellite imagery for terrain, lidar scan data, data from drones capturing ortho-photo recognized by photogram tree algorithms, manually crafted 3D models of landmark buildings, BIM models imported from specialized software. This means that the visual system should be able to read and match them all together to build a highly accurate model and avoid discrepancies. It all states the necessity of a specialized visualization tool other than 3D game engines.

The city is an ever changing organism whose development cannot fall into five (or even more) years plan, mainly because of the speed of technological progress which obviously outpaces the changes in human behaviour. While a city is meant for citizens it’s vital to be in a continuous feedback loop with the population, to stay flexible, to be ready for a change, and plan everything ahead of time. To date, digital twin concept is the most painless tool for improving the most sensitive issues without involving a lot of resources. And, hopefully, smart city will become the only possible city for each and every one of us in the nearest future.