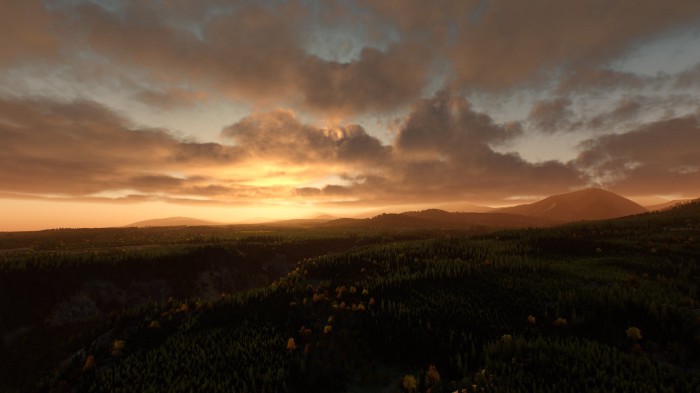 Several decades ago we taught computers to count and saw the direct way to perfect future of fully-skilled robots executing routine tasks. Back in 1924 Popular Science magazine unveiled the concept of flying cars which was one of the most desired inventions of the 20th century. In 1985 watching Back to the Future only the boldest optimists believed the concept might have actually come true, while the rest saw it as a complete entertainment. Well, yes, it occured a bit tougher than just to teach computer counting and it took far more as well.

Of course, the bravest visionaries never stopped trying and as far as in 1917 the first real model of a flying car was born. It was called Curtiss Autoplane and had detachable wings and a propeller. And no, it never flew. However, it didn’t stop the next generation from dreaming of having a flying car in a garage so the adventurous persisted. As a result, we got Convair and later AVE Mizar and they actually flew. At last, the time had come except for one little detail: the vehicle couldn’t take off. Therefore all the next models possessed helicopter-like propeller blades which are now called VTOLs (Vertical Take Off and Landing).

It is already a reality; a lot of companies have launched their models in the sky: Airbus and their “personal aerial vehicle,” the SkyDrive is more of a passenger drone. The Flyer, from Google CEO Larry Page’s company Kitty Hawk, takes off from water making it possible for lake lovers. The Lilium Jet resembles a flying egg. Uber announced that by 2023 it will “enable shared, multimodal air transportation between suburbs, cities, and ultimately within cities.” Right now it’s just a matter of time when the private companies commercialize the small-sized airlines. And your commute will shrink several times. Well, maybe NOT tomorrow (you’ll find your way home). The first implementations are expected in the domain of goods delivery and emergency aid to the remote or inaccessible areas. People traveling by air from suburbs to work are just round the corner, though.

But let’s get back to the reality. Soon, all the cars are going to drive themselves and this is no exaggeration, this is already happening. But this isn’t going to solve the problem of traffic and of course this isn’t going to reduce the time spent for the commute. And here let’s consider the main problems of bringing our cars into air, they are: airports and trained pilots. As I’ve already mentioned the separate airlines for individual flights are already in the agenda of air carriers. But not until we solve the problem of trained pilots. Obviously, it’s impossible to provide each flying vehicle with the bundled pilot. And naturally, you cannot teach each individual to fly a vehicle due to too many reasons not worth mentioning. Moreover, let’s be honest here: human beings sometimes fail to operate a regular car in two dimensions, not to mention flying in 3D space (which is definitely not our natural way of moving around). The penalty of mishandling / malfunctions in the air is also way more severe: you can’t just park on the curb and wait for a tow track (sadly, the altitude and gravity force is the reason why air accidents tend to end with zero survivors). So, the only way out is an autonomous system. But before you sit in such an aircraft or put your kids into a self-navigating flying vehicle you would want to be sure in its complete safety. And the good news is that a lot of bright minds are working on the training of these vehicles.

A lot of startups are using the modern technology and expertise to build guidance navigation and control systems that replace and outperform the human pilot on every measurable scale. The two main challenges are: the vision itself which proved to be such an extremely complex system that it took another forty years to make it possible to scan the surroundings and put it into a readable data for a machine. Well, after the 360 cameras, lidars determining the distance to the object, and sensors were introduced and the vehicle finally got the segmented picture, another problem occurred: what does that picture mean? How to interpret the visuals in the correct way?

There are two basic variants: classical mathematical analyses — very smart, extremely complex and often inaccurate (because math models use a lot of approximations). Another one is less painful, on the one hand, and more accurate — Machine Learning (or AI). And the other hand which I mentioned is all about tons of labeled pictures or situations. In order to teach a machine to recognise a single object a system needs at least ten thousand marked up pictures. Now let’s imagine this object changes its shape due to specific light: at a daylight when it is partially shaded, or at night, or in the head light. And the most interesting: when the object is in motion or seen from different points. Here is when VR comes handy due to its ease of reconfiguration.

The latest case of Switzerland company Daedalean which develops a system of computer vision for autonomous flying VTOLs showed that VR based training solution is excellent for such kind of machine learning. They didn’t have to develop their own environment and spend unbelievable number of hours creating the 3D engine enabling objects and situations creation for teaching the system from scratch. They benefited from UNIGINE real-time 3D engine which includes very true-to-life real-time visualization of objects, and physically based rendering.

Successful training, however, is immensely subject to the quality of pictures and scenes used in the process of training. There are a bunch of cases when training failed due to unrealistic simplified visualization. The system doesn’t simply recognize the scenes in reality afterwards. It just doesn’t look the same. Therefore, one more basic point of successful training is high fidelity which is often overlooked by the companies working in the field. While disregarding the quality of a picture may result in complete waste of time and money. Also, “realistic quality” for a machine means following photon energy conservation laws, setting parameters of light sources and sensors in physical units, and other optical principles, which reminds me of my university years, when I got the MSc degree at quantum electronics and photonics department.

Nevertheless, the common estimation of autonomous flying vehicles appearance starts from 2020 (maybe 10–20 years later for mass consumer market) which means that it’s not sci-fi anymore. As William Gibson (one of the fathers of cyberpunk genre) said, “The future is already here — it’s just not very evenly distributed”. Uber claimed that flying taxi is way more than just a concept; while the absence of pilot is a necessary requirement to make it affordable and, yes, safer. Up to 90% of noncommercial plane accidents are caused by human errors according to Aviation safety magazine. So, be prepared since we are on the verge of Future, Back to the Future. Finally with flying cars.